When I first started coaching I began with artists.

But once I expanded to just about any kind of business  I started feeling a little itchy.  Impostor syndrome started knocking at my door like Jehovah’s Witnesses and I felt like I wasn’t enough.

Who am I to tell some plumber how to market his biz and get more clients?

I stumbled upon Oprah Winfrey’s interview with JK Rowling on YouTube.  Before Rowling wrote Harry Potter (you knew I couldn’t make it to the end without a Potter reference, right?) she was fighting depression.  She was in a bad relationship, just had a baby, and was living on welfare.

She said the only thing she knew for sure was she could write a story.  And she did.

I thought to myself what is the ONE thing I know beyond a shadow of doubt?  And then it hit me…

I KNOW storytelling and how to be fun and entertaining.

So that’s where I started!  I built my business around that and showing people how to get their messages to stand out.

Then I moved into copywriting and doing other things.  And guess what?

Impostor syndrome and all sorts of other, as Kody Bateman would say, “stinkin’ thinkin’ showed up.

That little voice that tells you that you aren’t enough never goes away.  You quiet it down so you can easily ignore it but it hangs out with you seemingly forever like relatives you wish would go home after Christmas.

On Jerry Seinfeld’s Netflix show, Comedians in Cars Getting Coffee, Jimmy Fallon made a comment that blew me away.  He said before the curtains rise and his show starts a voice tell him he’s not enough.

Or something is going to go bad.

I thought, even as long as he’s been in show business, he STILL has to ignore that damn voice.

Recently, you know what I’ve started to call that voice?  “Dis Bitch.”   When I have too much negative head chatter I think, “Dis Bitch is trippin.”

Want a more polite way to say it?  Author Steven Pressfield calls this voice, “The Resistance”.  If you’d  like to tell your Resistance to GO TO HELL, I have something you may be interested in.

This week I’m opening enrollment for Attractor Factor BootCamp:  The Spiritual and Practical path to the Money for Creative Entrepreneurs.

It’s four lessons over four weeks and if it does not transform how you attract clients and money you don’t have to pay anything.  But it if does you can pay at the end and receive two coaching sessions with yours truly to help you implement and stay on course. 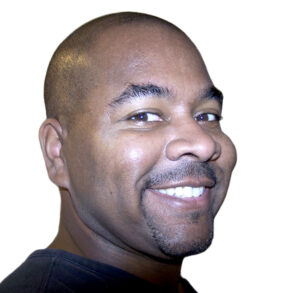